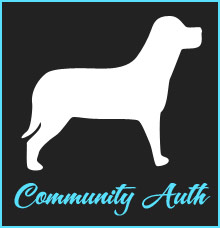 Development of Community Auth has slowed way down since I made the decision to say farewell to CodeIgniter. I really had planned to keep investing time in it, but due to some irreconcilable differences with EllisLab and CodeIgniter, I decided that I was never going to upgrade Community Auth to CodeIgniter 3.X.X. I am currently working on projects that use both CodeIgniter and Community Auth, so I’m not just going to disappear, and do keep tinkering with Community Auth when I have time. Once CodeIgniter V3 is officially released, and if it looks like Community Auth downloads are down, I may elect to discontinue development and simply maintain the existing project.

If you look at the commit history, there are actually quite a few changes made to Community Auth in the last 3 months. I probably should have released a V2.0.1 back in December, but all this code was available for review while I was slacking off.

I don’t maintain a changeset for Community Auth, but the documentation should be up-to-date, and if you’ve been using Community Auth and want to see what’s new, please review the commit history.

Bitbucket showed that nearly 1000 people had downloaded the isolated version of V2.0.0. I have no way of knowing how many people downloaded the tip or the V2.0.0 tagged version, but am pleased to see that so many people are interested. V2.0.0 has been removed from the downloads page, and the older V1 download has also been removed. I hope you enjoy Community Auth V2.0.1. Please report any bugs using the issue tracker.